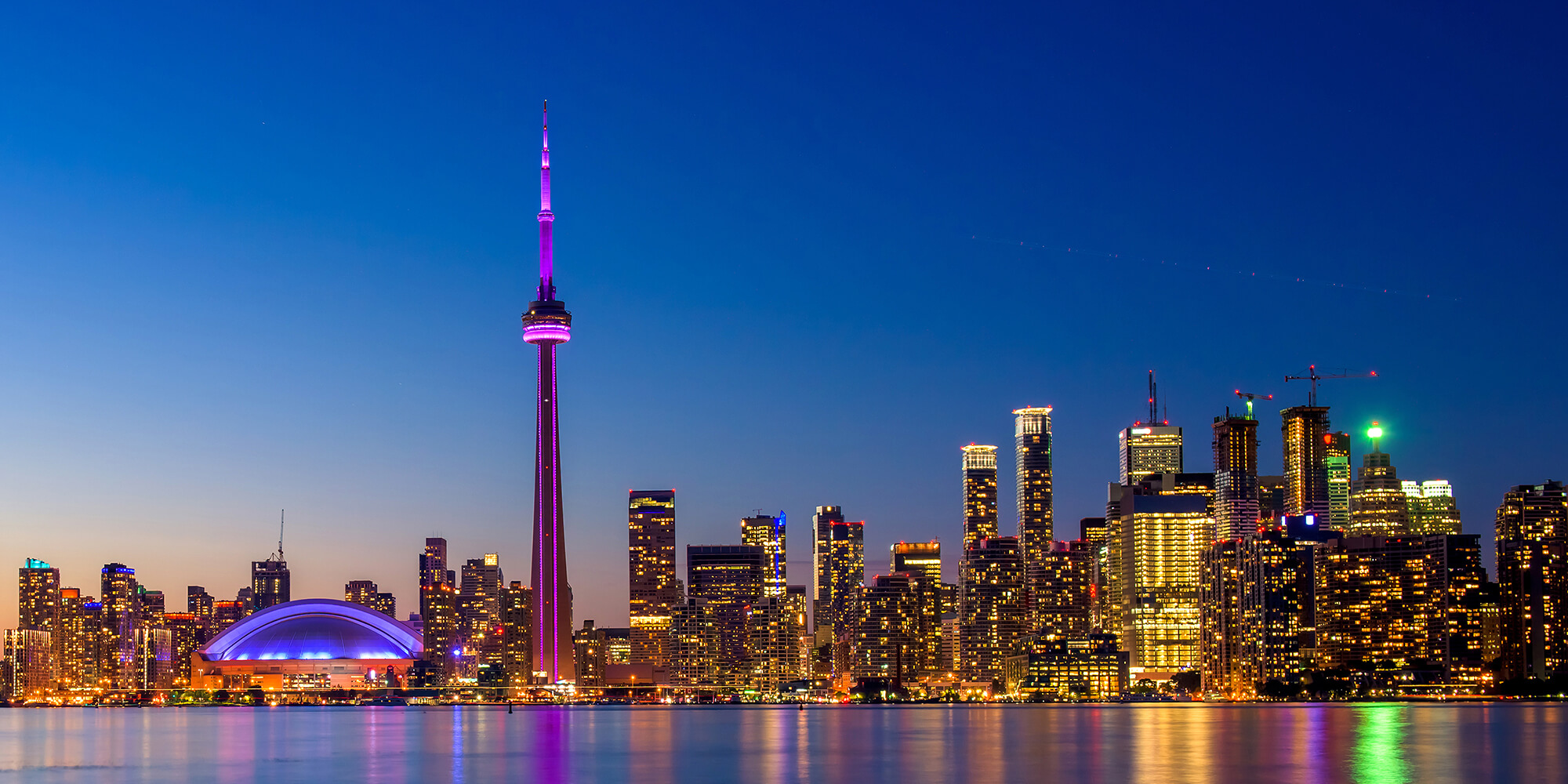 Insider Trading? Style Drift? Not a Problem for the Chair of this Regulator

Canada remains unusual in that it does not have a national securities regulator: rather, each province has its own regulatory agency. The largest is in Ontario, where the Ontario Securities Commission ("OSC") regulates the investment management industry in the province as well as companies listed on the TSX, or Toronto Stock Exchange. Earlier this year, the provincial government split the role of CEO and Chair of the OSC Board, and appointed a Toronto lawyer, Heather Zordel, as Chair of the Board of Directors.

Ms Zordel was appointed by the conservative provincial government of Doug Ford, the brother of the late Rob Ford, the infamous mayor of Toronto between 2010 and 2014 (yes, the one who was smoking crack). According to the Globe and Mail, Canada's largest national newspaper, Ms Zordel is "a long-time donor to Tories at provincial and federal levels who was also part of the fundraising team for the federal Conservative leadership campaign of then-MP Kellie Leitch in 2016."

Aside from allegations of political interference during the appointment process, what is interesting is that, before being elevated to Chair of the Board, Ms. Zordel authored two dissenting opinions in cases brought by the OSC against market participants.

The first case involved what ODD practitioners would recognise as style drift:

One of Ms. Zordel’s two dissents concerned a mortgage investment company called Paramount Equity Financial Corp. OSC staff alleged Paramount, as well as a number of affiliates, and its three principals, defrauded about 500 investors who had pumped more than $70-million into Paramount’s mortgage funds.

The company promoted itself in marketing material as offering “predictable, steady returns” and likened Paramount to a “high-returning annuity/GIC alternative.” The term sheets issued by one of Paramount’s funds stipulated it would invest in second mortgages on residential properties and the fund’s offering memorandum used similar language.

The offering memorandum also stated that although it was possible Paramount could invest in commercial mortgages, including on land being acquired for residential development, the fund would primarily invest in second mortgages on homes.

Investor funds, however, were deployed differently than advertised. About $50-million of the $70-million backed high-risk mortgages on raw, undeveloped land, as well as existing commercial buildings with a view to possibly building multiresidential developments. What’s more, the three men behind Paramount held ownership stakes in a number of the multiresidential projects that borrowed from Paramount.

Two of the three adjudicators on the OSC panel ruled that the assurances provided to Paramount investors were fraudulent misrepresentations. Paramount’s disclosure about the principals’ ownership in the development projects was also insufficient, the majority found.

Ms. Zordel largely disagreed, and found that only one of the three trustees behind Paramount acted fraudulently.

In an 18-page partial dissent, she said she didn’t think the offering memorandum for Paramount’s largest fund was a fraudulent misrepresentation. She described an offering memorandum as “a roadmap” that should not prevent a business from altering course.

As ODD practitioners know, many PPM's include legal weasel words at the bottom of the strategy description along the lines that "notwithstanding the above, the asset manager / GP may elect to pursue any investment strategy". This overlawyered approach to offering documents is always a risk - and it is salutary to see a lawyer state that the offering document is "just a roadmap". Investors allocating tens if not hundreds of millions of dollars to a fund are buying a defined product with a strategy and risk / return profile which has been selected to meet a specific need within their portfolios. Investors universally do NOT see the PPM as a vague statement of possible intent subject to material redirection based on whatever takes the manager's fancy. If I order a blue Toyota Corolla, I do not expect to receive a green Ford F150 (especially when the person who sells me the F150 owns the Ford dealership, so to speak.)

It is notable to see that, in the US, the Securities and Exchange Commission has taken a rigorous view around disclosure during the overall marketing of a fund. This is, at least in part, to save the industry from itself as lawyers write in this type of open ended, "broad and flexible" provision in the offering materials. In the US, if you say in your PPM - and in your marketing materials used to solicit investments - that you are going to invest in residential mortgages and don't, then you are in trouble.

The second case concerns insider trading and MNPI, in connection with the US$4.9-billion acquisition of the global gambling website PokerStars by Montreal’s Amaya Gaming Group Inc.

Per the Globe, On April 29, 2014, Mr. Majd Kitmitto, a senior analyst at Toronto-based Aston Hill Asset Management Inc. attended a meeting with Canaccord Genuity and Amaya management about Aston Hill possibly participating in the financing of the deal. Mr. Kitmitto was required to sign a non-disclosure agreement and told about the planned acquisition.

He was also provided with a slide deck that laid out a proposed purchase price, the companies possibly participating in the financing, as well as the anticipated date for announcing the deal, which was scheduled to take place two weeks after the meeting." (our emphasis)

In another article, the Globe provides additional information:

OSC staff said Mr. Kitmitto told his officemate Steven Vannatta, his friend and roommate, Christopher Candusso, and Donald Alexander (Sandy) Goss, an investment adviser at Aston Hill Securities, about the potential transactions. While Mr. Kitmitto did not buy any shares, the OSC said, the three other men traded Amaya stock on the material, non-public information.

The Globe continues: Ms. Zordel disagreed with her peers about the information Mr. Kitmitto received. She found there was too much uncertainty around the deal for the information to have had a material effect on the price of Amaya’s stock.

“Because of this uncertainty, and the fact there were many conditions yet to be fulfilled and different sources of financing transactions that needed to be completed, and because there was the possibility that parties could walk away given there was no signed agreement for the deal and no shareholder voting support agreements, I find that this did not yet constitute MNPI,” Ms. Zordel wrote. She described the information contained in the slide deck as “aspirational,” and not yet material.

Just to reconfirm - the deal was expected to close in two weeks! This is not a PE firm thinking about a target company at the earliest stage of idea generation with a close months into the future even if any transaction could possibly emerge.

The problem with that finding, several experts interviewed by The Globe said, is that all inside information about a potential deal has a degree of uncertainty until an agreement is signed – at which point public companies are obligated to disclose the finalization of the agreement. If Ms. Zordel’s standard for certainty was applied to all information circulating about deals, it would “completely undermine the protection that insider trading legislation was intended to provide.”

We would have to agree - the whole point of MNPI is that it is Non Public: people in possession of MNPI have information about a potential transaction before a public announcement. If a lawyer takes the view that something only becomes MNPI once it is agreed and binding, then MNPI by definition disappears - as public companies must announce the binding agreement as soon as signed. Perhaps the concept of "crossing the wall" is no longer part of the law school syllabus....

As a final point here, the Globe also notes that "In the months after Ms. Zordel’s initial appointment in 2019, she intervened with OSC staff on behalf of a penny stock mining company that was deemed to be in default of its disclosure requirements, two sources said in interviews. The company, Renforth Resources Inc., was a client of Ms. Zordel’s law firm, Gardiner Roberts, and, in 2017, Ms. Zordel was a Renforth shareholder, public records show." (The Globe states that, according to public records, in 2017, Ms. Zorbel participated in a private placement in Renforth and received 400,000 shares for 5 cents each).

As an appendix to this topic, Canada's other national newspaper, the National Post, published an opinion piece by Conrad Black, the ex CEO of the Hollinger newspaper group (Black was sentenced to 42 months in prision for felony fraud and obstruction of justice related to the collapse of Hollinger, subsequently being pardoned by Donald Trump). Black's view is very different, saying that "Ontario's 'Frankenstein Monster of a Securities' Regulator Must be Tamed".

Black opens with: There have been some recent absurd and disquieting events at the OSC (formally, the Ontario Securities Commission, though I generally refer to it in this column, with conspicuous justification in my own experience of it, as the Office of Stupidity and Cowardice). And continues: "She (Ms. Zordel) seems to represent the premier’s admirable desire to assist in capital formation and encumber the lives of honest people in that pursuit as little as possible...Zordel has a very extensive background in related activities, including serving as part-time securities commissioner at the OSC, in which capacity she wrote two extremely well-reasoned and well-written dissenting opinions on matters that she believed to be over-regulation. Because her appointment seemed to indicate the beginning of a slight retreat in the authoritarian intrusiveness of the commission, there was the customary escalating bureaucratic recourse to malicious leaks to the media, principally the Globe and Mail, unattributed defamatory comments about the new chair-designate and inter-office backbiting at the OSC itself. These are routine improprieties when an imperious bureaucracy is ruffled."

So a clear rebuttal - which shows that business executives certainly can be supportive of arguments pushing back against concerns around style drift and insider trading / MNPI.

This is, to our mind, a very salutary story. First, there is an element of the politicization of regulatory agencies. But the bigger picture is to remind us, as ODD practitioners, of just exactly how vast is the landscape of investment attitudes and behaviour. These cases should remind us very starkly that plenty of participants in our industry do not share the same alignment of interests and prudence as the typical ODD professional. Your investment team may well push back on your comments about valuation risk and poor valuation controls, saying that they know the strategy better than you do. Your manager's lawyer may say that there is no style drift as the offering memorandum allows "any investment strategy". Some lawyers apparently will argue that until a deal is signed then there is no "information" which could be non-public. The SEC, as we are seeing, will stir up great outrage if it tries to regulate that the costs of compliance consultants hired to defend against SEC allegations of fraud should be paid by the manager / GP and not be charged to investors as a fund expense (and that's before we get to whether the manager should be responsible for negligent behaviour, not just the utter, repetitive incompetence of gross negligence).

On the one hand, there is the point that if asset management worked in perfect harmony, then no one would need ODD practitioners. On the other hand, let's not be naïve. Even heads of regulatory agencies would apparently "pass" funds with controls and procedures that pretty much every ODD professional would reject.

Previous Story
← Asset Managers Say Your DDQ is 50%+ Duplicative.
Next Story
How Much Should GPs Write Down Their Portfolio Company Valuations? →